A measurement of the charge on particles in solution can be made by measuring the current produced when the particles are rapidly moved.

The Accufloc uses a piston reciprocating in a closed chamber to create a high rate of flow along the chamber wall. This moving charge is a current (called the Streaming Current) and can be measured between two electrodes at opposite ends of the chamber.

This signal is amplified and processed to give a reading that is a direct indication of the dosage required to exactly neutralise the surface charge on particles in the solution. 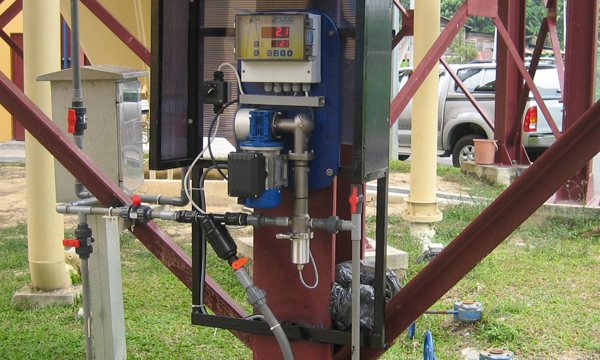 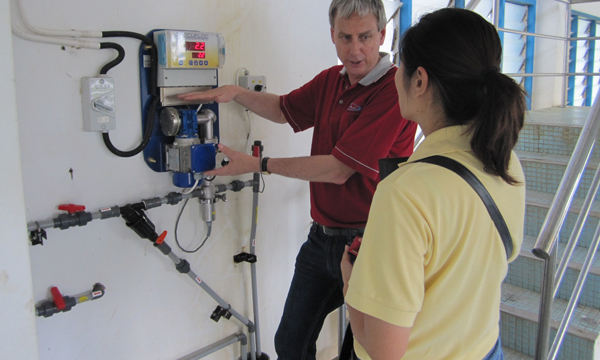